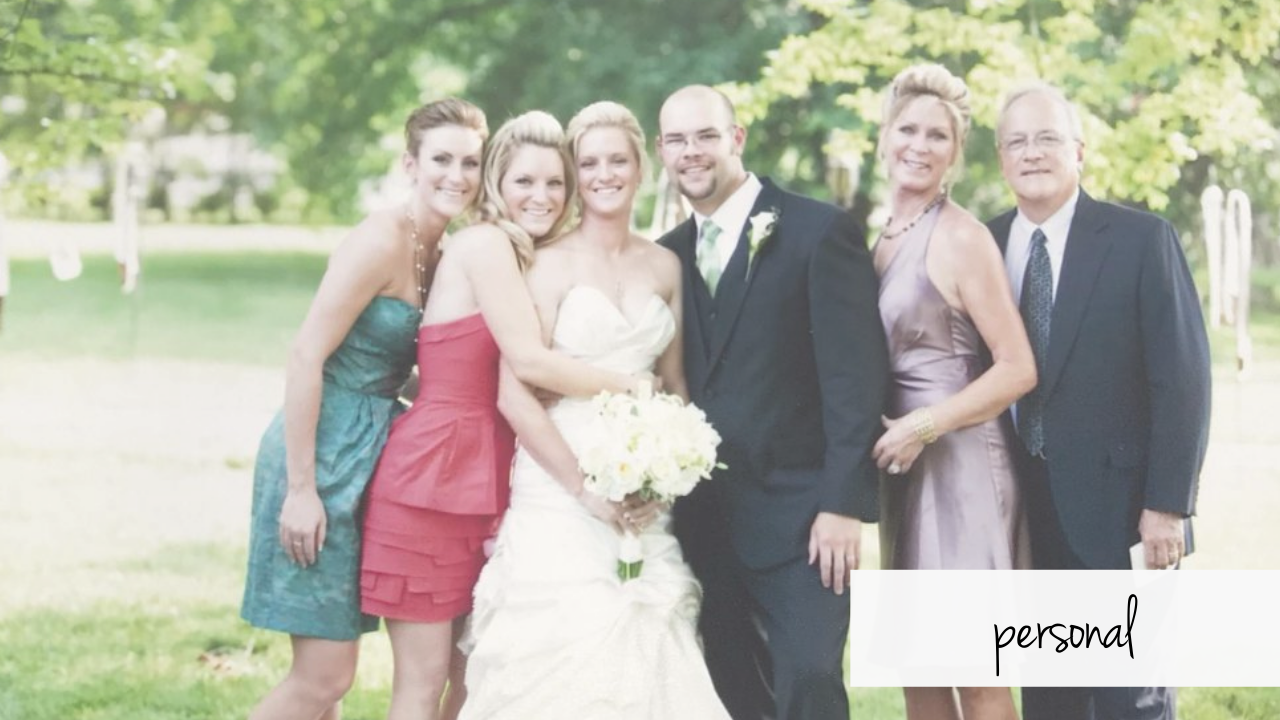 The day started like any other one really. I guess that’s how most tragic stories start, huh?

Actually, it was great in the beginning. Jeff and I (and Leon) were packing up in Denver, CO and catching a flight to Florida and were excited to get some beach time in and work from Sandestin for a week.

A little back story… My mom and stepdad had a beach house in Sandestin, FL that they’d go to off and on whenever they felt like it. No real set plans or schedule since they’re retired and had clothing and anything else you’d need or want down there. It was a second home they could at any moment up and drive to on a whim.

My mom was staying at the beach house for a couple weeks and we were unsure if we’d see her when we got there. I talked to her the night before and she said she might drive back to Nashville that day so we could have the house to ourselves but was still undecided and was just going to play it by ear (is that a southern saying?) 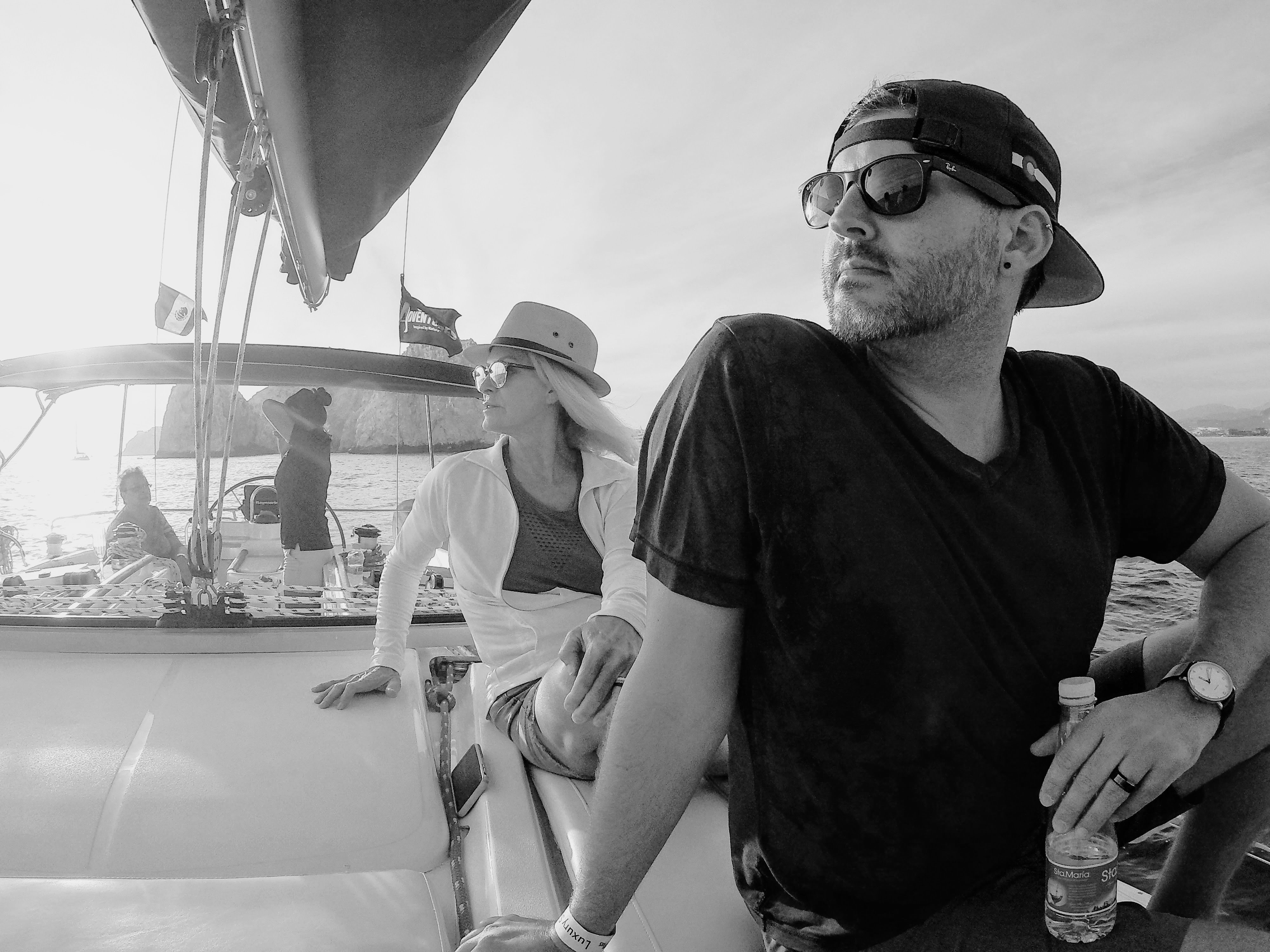 Jeff and I arrived late on a flight (around 10 pm) and when we arrived at the beach house mom wasn’t there and neither was her car. Multiple calls and texts with no answer. The house was spotless and looked like the housekeeping had been there that day or maybe she had just cleaned it up for us. Maybe she decided to drive back to Nashville and didn’t want to answer the phone while driving? That makes sense.

I checked my Find My Friends app (we shared our location with one another) and saw that she was at a nearby shopping area that has a grocery store, shops, restaurants and stuff like that which backs up to the neighborhood. Ahh, maybe her phone was in her purse and she was at one of the restaurants?  I told Jeff that this was like a scavenger hunt, “let’s go find mom and surprise her.” We jumped in the golf cart and headed to where the app showed she was. We rounded the corner and pulled up to her car which was parked in the back row of the grocery store parking lot surrounded by a couple police cars. My immediate thought was she got pulled over for speeding or something small and pulled into the parking lot there.

I was asking the officers where my mom was and what was going on. They told me there was a woman in the car and she was deceased but they weren’t sure who it was. I told them it couldn’t be my mom. Someone must have stolen her car. We waited silently panicking and praying. They showed a photo of the person to Jeff and he walked over to tell me it was her. I completely lost it. I truly couldn’t believe it and knew I wouldn’t so they showed me the photo too. More losing it. In one instant, my world completely changed and fell apart.

I sat with my hands shaking and a complete mess and called my stepdad to tell him. I then talked to my older sister (who was pregnant at the time) and had to tell her. She went to the hospital where my little sister was working and told her. It was all horrible. These are the worst conversations to ever have to have. The night is a blur and we were there until the wee hours of the morning but I remember asking them if I could just go give her one last hug. That’s all I wanted was to hug my mom one last time and tell her I love her. They wouldn’t let me for obvious reasons.

I kept telling myself through the sobs, God is still good. And even though this all sucks, it’s still true.

You know how in TV shows and movies when someone passes away they know the cause in a day or two? That’s not how it happens in real life. We had to wait many months to get answers. Wondering what the heck happened for months. Waiting and wondering like that was terrible. We learned that apparently she had fallen and hit her head a day or two before and it caused a cerebral edema. Basically, swelling in the brain that can resurface a couple days later unknown. My mom passed away alone which devastates me. She had just gone to the grocery store and was eating a sandwich in the car before going to drive back to Nashville. Mom was 56 and such a babe. She would be so upset all of this happened.

Life now feels like a puzzle where one of the biggest pieces is missing and it’s very obvious. A hole that can’t and won’t ever be filled. I know that regardless of time, things will never be the same and our new reality will always be less without her. I really wish she had the chance to meet her grandson, Sam, because she was so stinking excited to be Nana (already had purchased things and put them in a closet for him) and she would just be over the moon about him and proud of my sister and bro-in-law.

“I wish there was a way to know you’re in the good old days before you’ve actually left them.” – Andy Bernard

I don’t share all of this for any kind of sympathy or because I feel like people need to know what happened. I share it because for some reason I felt compelled to and because there are things I’ve learned through all this I want to pass on.

I think about how my mom never saw the tulip fields we were going to go to together and I didn’t get a chance to take her to Iceland where I knew it would blow her mind and so many other places and it all just breaks my heart. It’s taught me to truly live it up. Stop waiting for the perfect time for anything.

People are all that matter. You never know what someone is going through so just be nice and have grace even if they utterly inconvenience you.

Grief is hard and extremely disorienting. It’s a beast. I’ve forgotten where I was driving to before and many days had to talk myself into getting out of bed. Time, in general, hasn’t been the same and I can’t honestly recall the past year. It’s weird. I don’t have the capacity to do as much or keep in touch with friends how I used to be so good at because so much energy is going towards just keeping it together and there’s very little energy left.

My last phone conversation with my mom didn’t end with an “I love you” and there are so many questions I wish I would’ve asked her about how she grew up and stories of her life (along with all the recipes I wish she would have written down somewhere). I didn’t and now I can’t. It’s taught me to really say those cheesy but sweet things you think to yourself about someone actually out loud to them.

We spend so much of our lives collecting a bunch of things to just pass away and for them to go to someone else or making family deal with it.

We’ve had to go through everything of my mom's and the act of going through another person’s belongings and either keeping it, giving to someone else, or figuring out what to do with it is so hard. These are things someone else worked hard for and loved. It makes me think about how much time, energy, and worry we all spend on things when in the end, it doesn’t matter at all. It’ll be someone else’s problem before long.  Another lesson on setting our minds on things above, not on earthly things.

Have you ever wondered what you would say “what if” or “I wish I would’ve…” about at the end of your life? What regrets you would have? I think about what my moms would’ve been. I really believe we regret the things you don’t do more than the things you do. 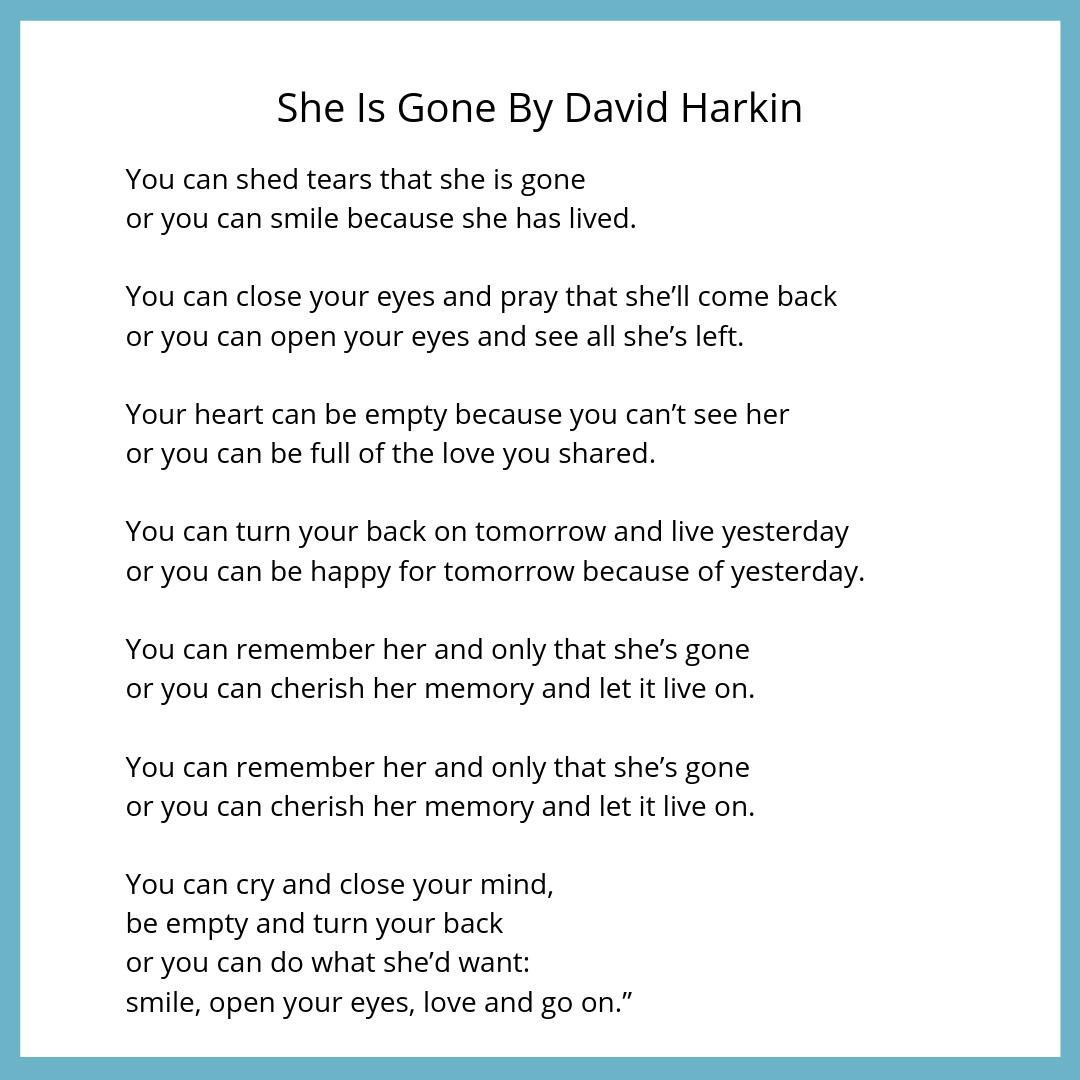