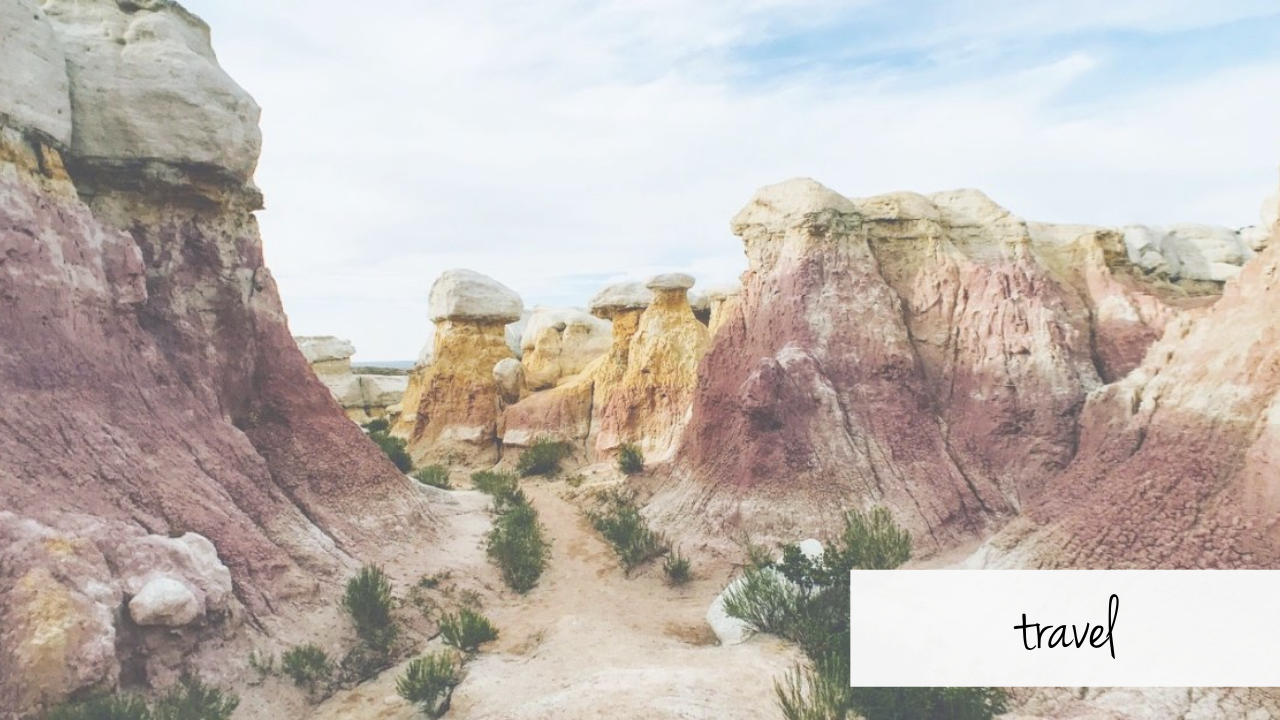 travel Jul 07, 2021
Most folks think of the mountains when they think of Colorado, and that’s certainly a huge part of the state, but the other half is plains where we visited the Paint Mines Interpretive Park. It’s about 30 miles east of Colorado Springs in a very small town called Calhan. I’m not sure why the word “interpretive” is thrown in there, but certainly there’s a good reason and I just don’t know it.
When we arrived, there were only a few cars in the parking lot. With the place being so large, it really felt like we had it all to ourselves. The Colorado weather was perfection…. 78 degrees, sun shining, with a breeze. It felt like a Fall day in the South. Wind turbines surround the park which was cool to see them spinning in the background. Rabbits hopped around everywhere in the park, and given the surroundings, it feels as if this amazing landscape just pops out of nowhere. We found ourselves wide-eyed and amazed at every turn.
Now, this park is really a combination of prairie and badlands with the main draw being the colorful hoodoos. Hoodoos are tall spires of rock that protrude from the ground and are common in the western part of the U.S. There are two easy trails through the park, but it doesn’t matter which you take because they eventually intersect – plus you’ll definitely just find yourself wandering around and exploring. The colorful rock is chalk-like to the touch and apparently was used by Native Americans for pottery and ceremonial paint back in the day. Pretty cool.
The drive out there and back was gorgeous through the plains with mountains very visible in the distance and especially beautiful around sunset.
Put this address in your GPS to get to the Paint Mines:
29950 Paint Mines Road
Calhan, CO 80808 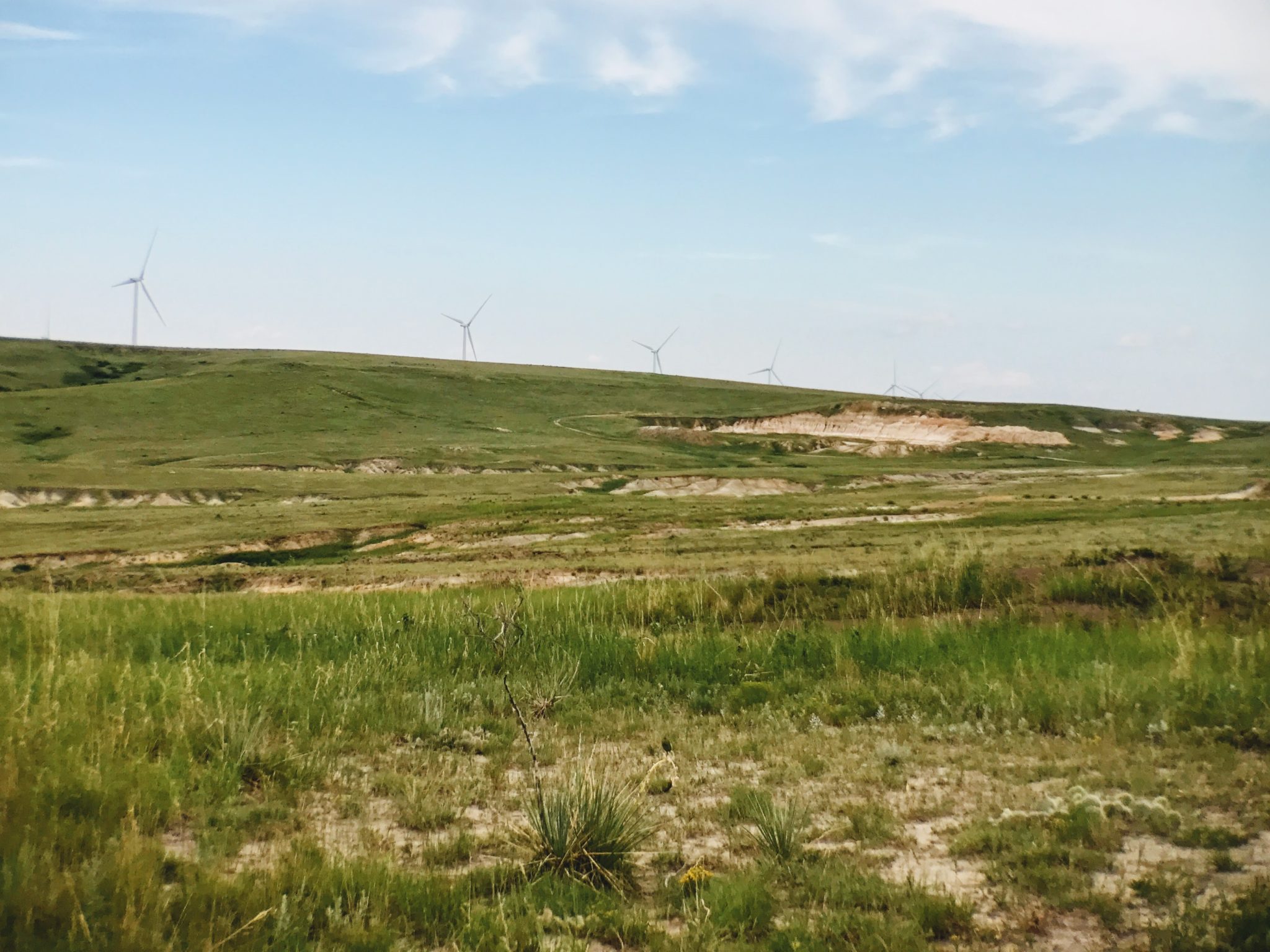 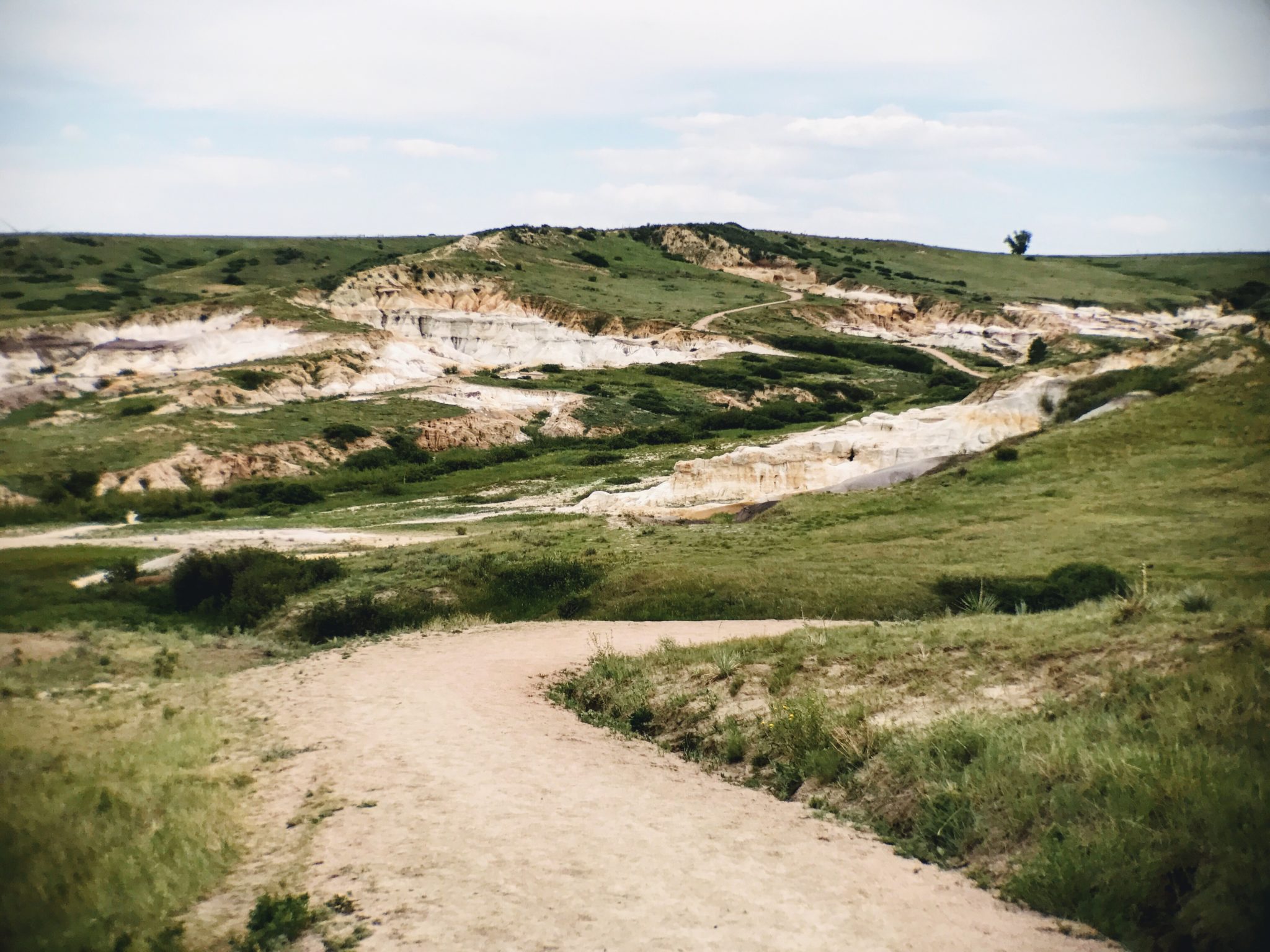 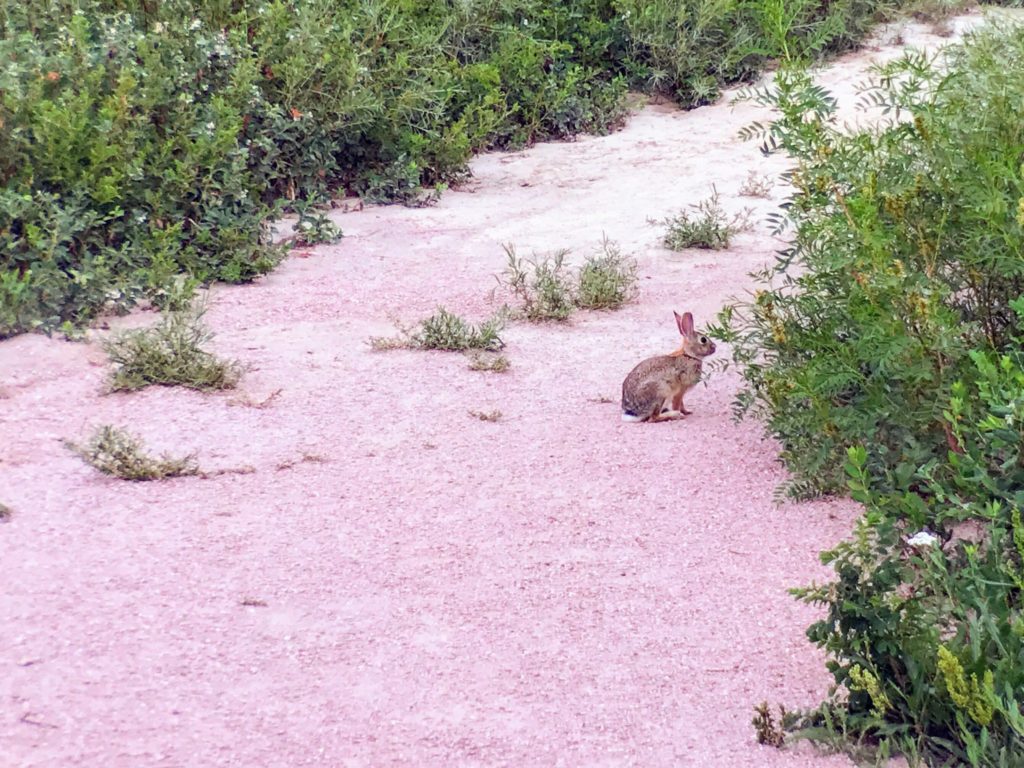 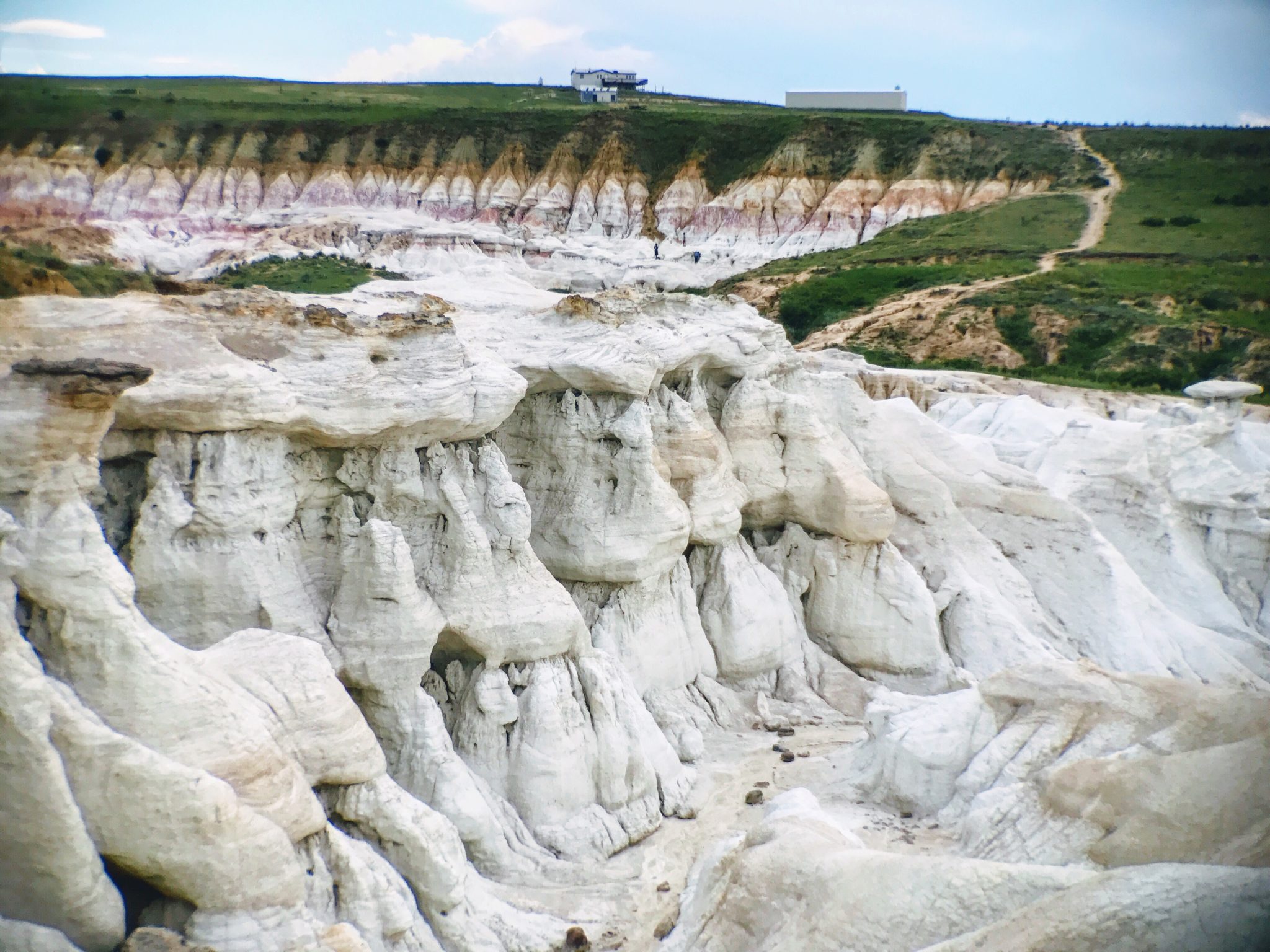 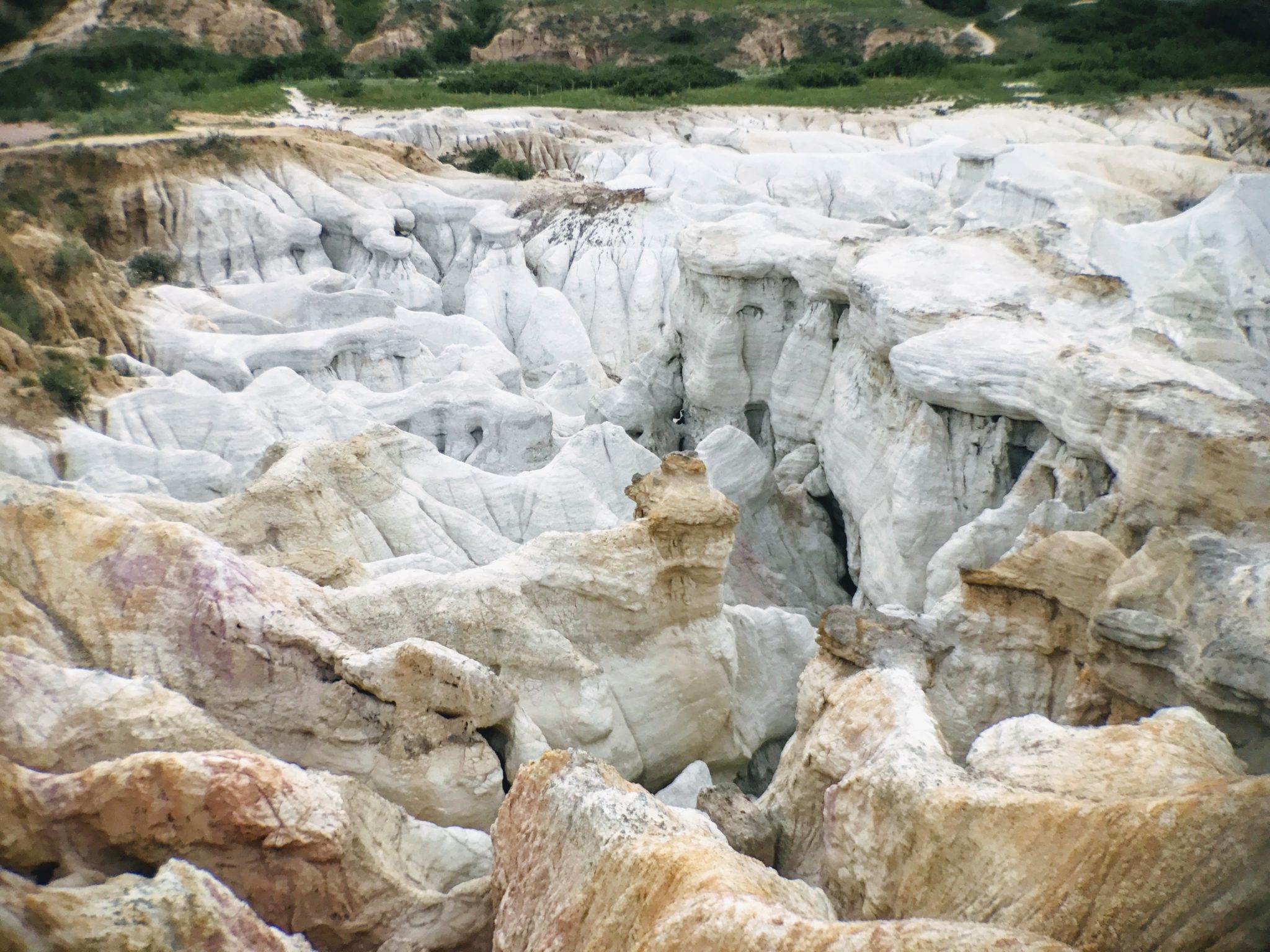 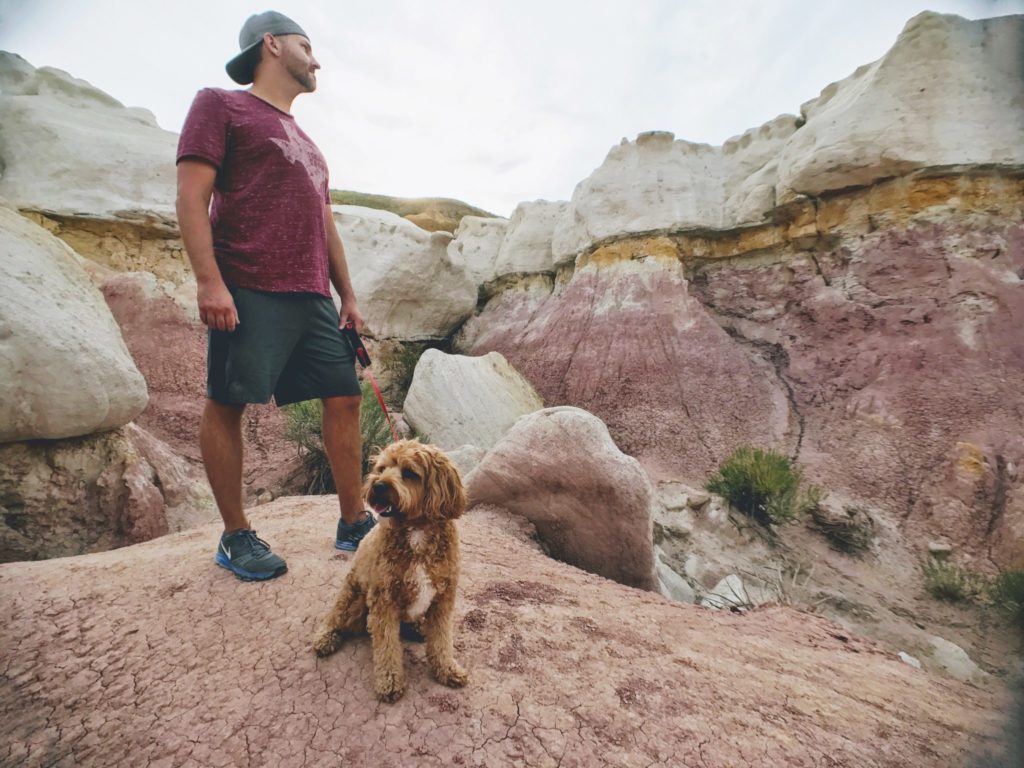 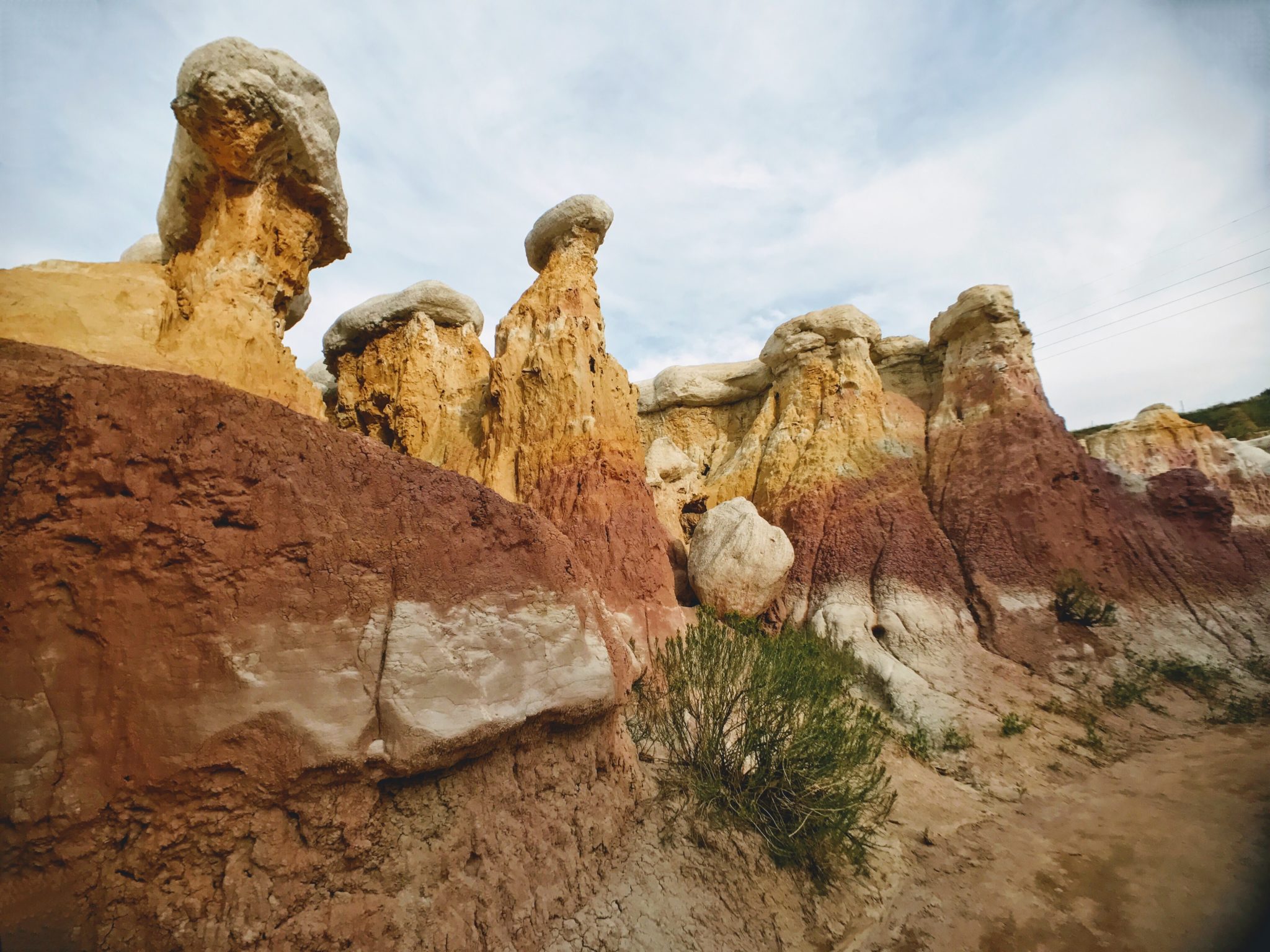 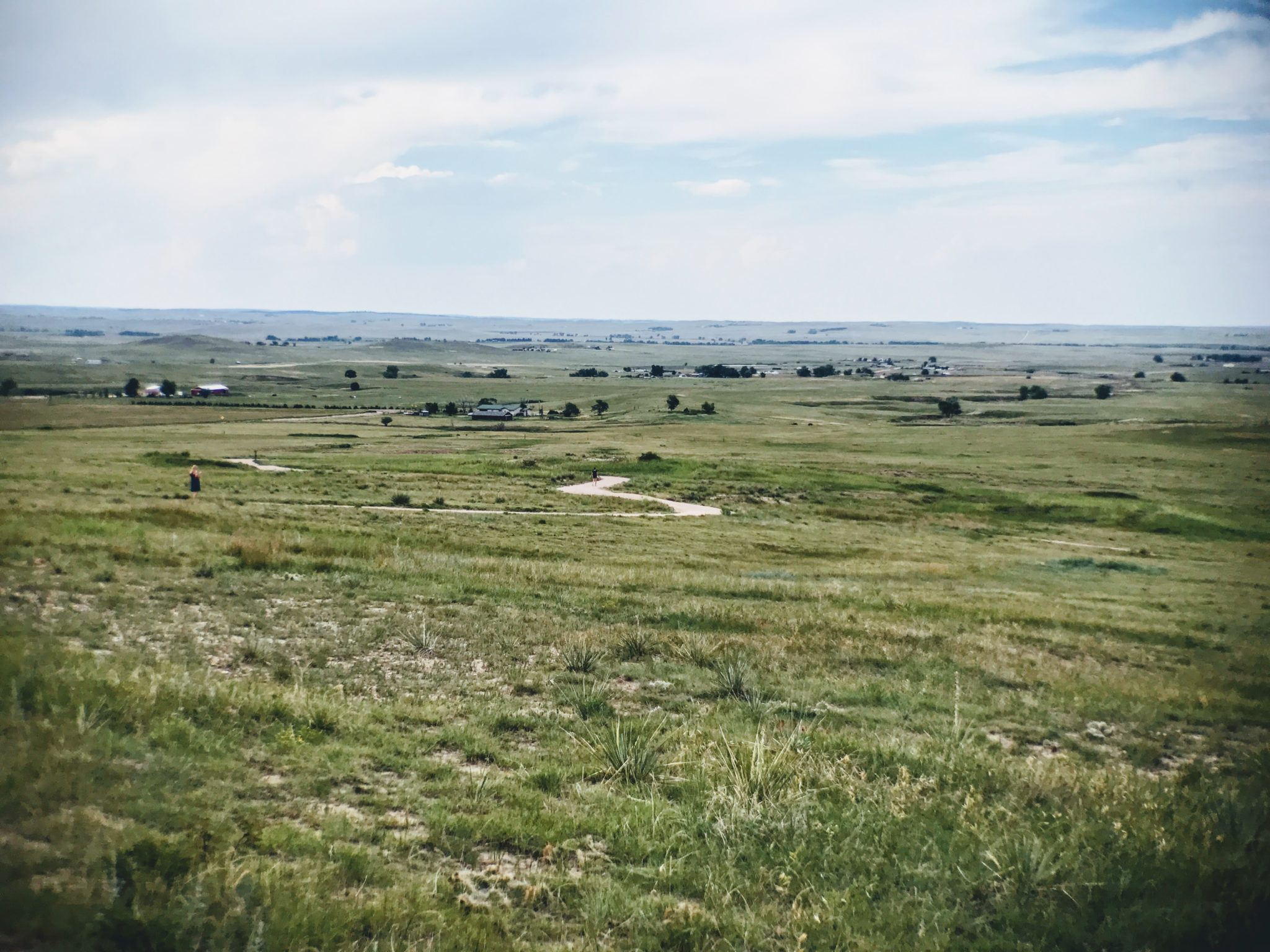 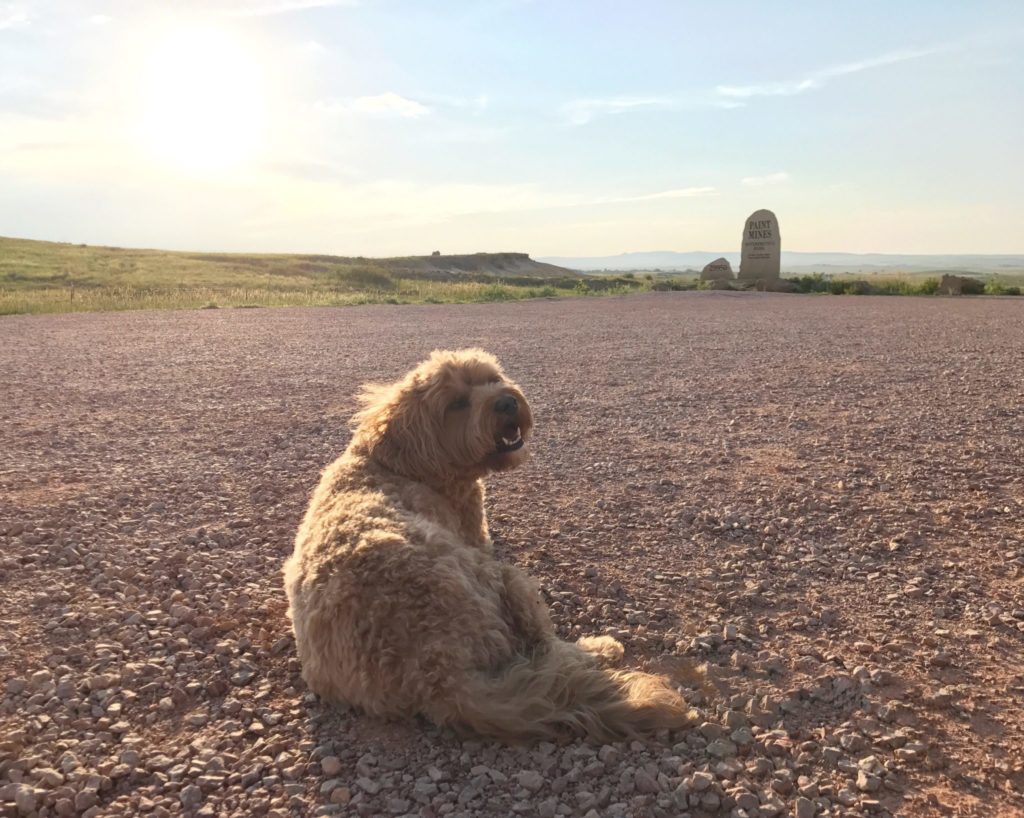