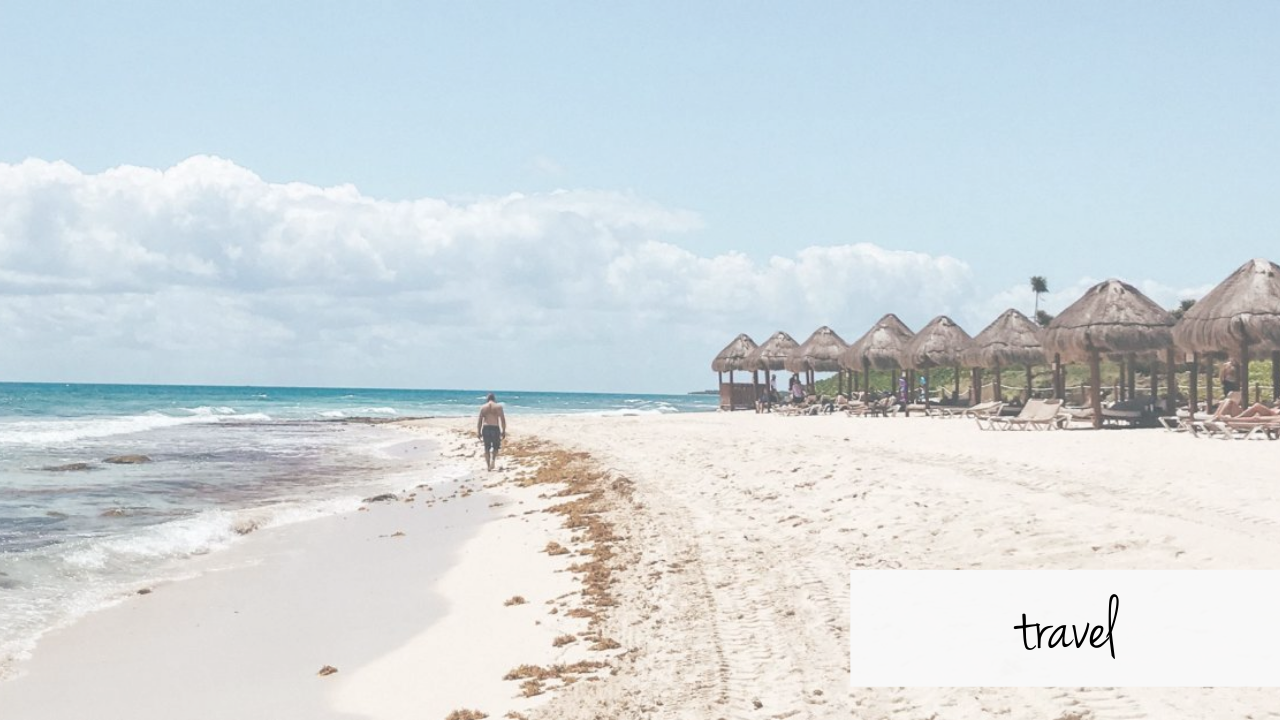 Jeff and I went with a couple of friends to Valentin Imperial for a 5 day/4 night Spring getaway the last week of March, and it was an actual vacation for us rather than our usual work/travel trips. Vacationing with friends is the best!

When it comes to comparing places, what sets the best apart from average is the attention to detail. I’m big on paying attention to the small details of a place and recognizing when a little extra effort has been put in. The small details matter and that is what takes it to the next level! 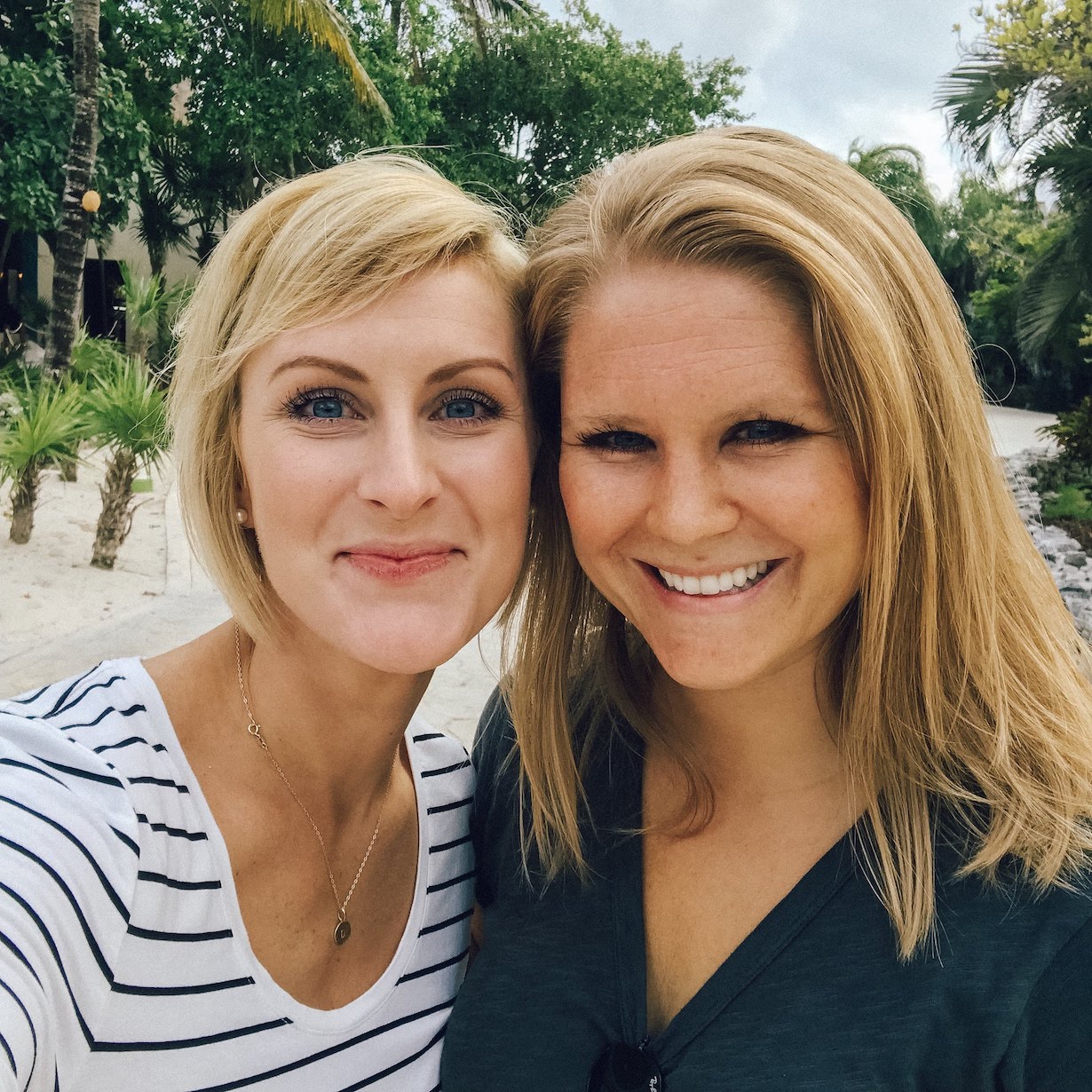 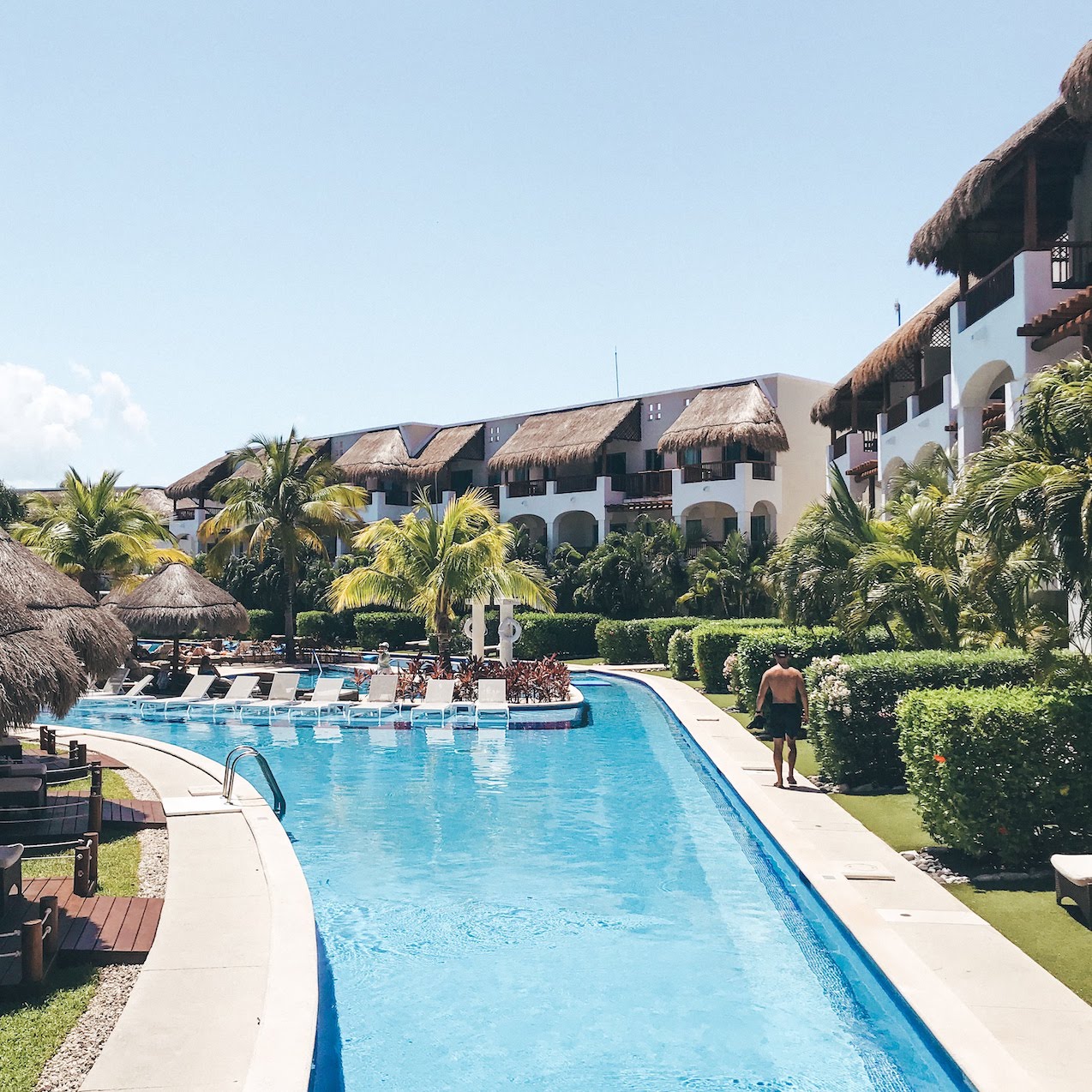 Valentin Imperial is a HUGE property so it takes some major effort to keep it in tip-top shape. Every single building, from the front check-in building, rooms, restaurants, to the bars, and everything else, it was all very nice and well kept. The whole property and all of the grounds and walkways were perfectly clean and all updated too. I was really impressed with how pristine it all was.

The staff and the services throughout the property were great too! 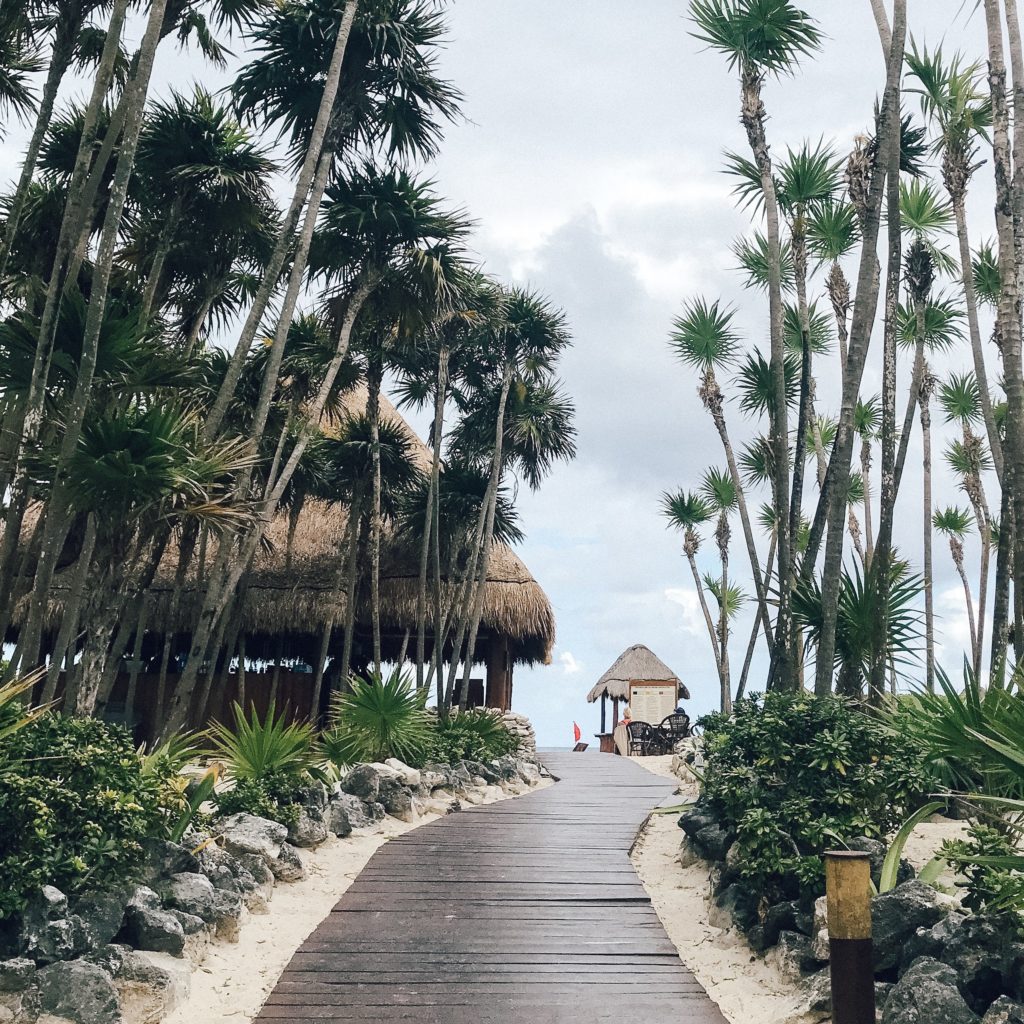 My friend, Michelle, has a gluten allergy so when initially looking into Valentin Imperial, we made sure they had gluten-free options. Everything was great for Michelle, and they even cooked things separately for her so there was no gluten contamination. If you have a gluten allergy and are nervous about where you can go, you don’t have to worry when it comes to Valentin Imperial.

The French restaurant on the property had excellent filet mignon and desserts! We even went back one night just for drinks and desserts, haha!

The Mexican restaurant was good, but nothing to write home about. The lunch spread was awesome and there were so many options! They even had gelato daily in the lunch area, so I of course was all about that.

The Italian restaurant definitely felt the most romantic and had a wonderful atmosphere… the food was really good, but I wouldn’t recommend getting the cannelloni.

The Hibachi restaurant was delicious and I’d recommend making a reservation so you get the table where they cook in front of you!

Overall, the food on the property was awesome! 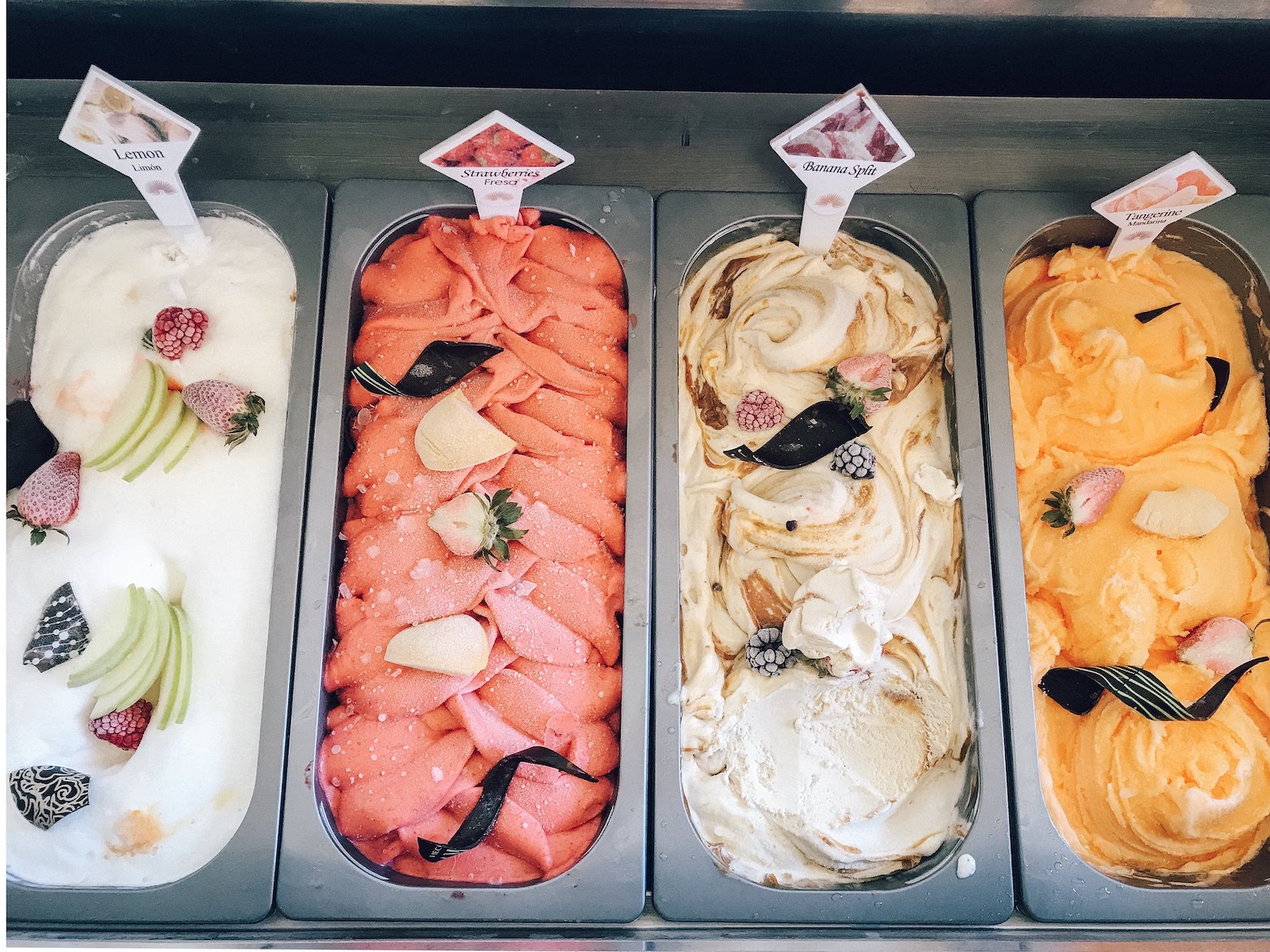 Overall the drinks were super tasty and delicious; however, neither Jeff or I felt like they were strong even when we asked for doubles. Basically, I felt like I should have been a lot further along than I was after several drinks. What’s strange is that every time we watched drinks being made, they were good pours and should have been pretty strong. We could taste the alcohol but had a hard time feeling the effects, haha.

We live in Denver, CO so we thought maybe the elevation we’re used to would make it a little harder for us to feel the effects being at sea level. However, our friends that were with us are from Minneapolis and they also didn’t really feel the effects of the alcohol either.

So, do what you will with that info. 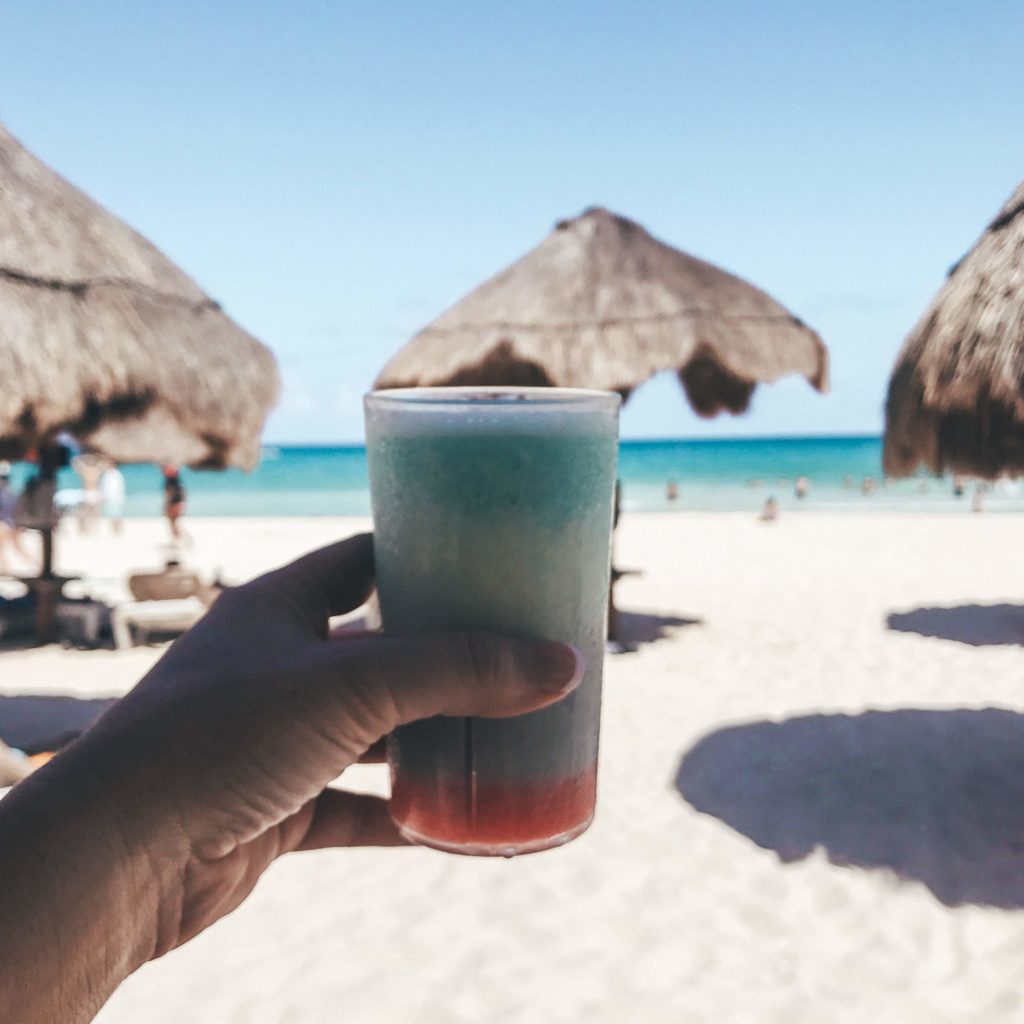 We booked the Silver Jr. Suite room and were in building 2 (you can find a video of the property and where all the rooms are by going here).

We loved our room and thought the building we were in was in perfect proximity to everything.

The rooms were really nice, super clean, updated, and everything you could want in a nice beach resort room. 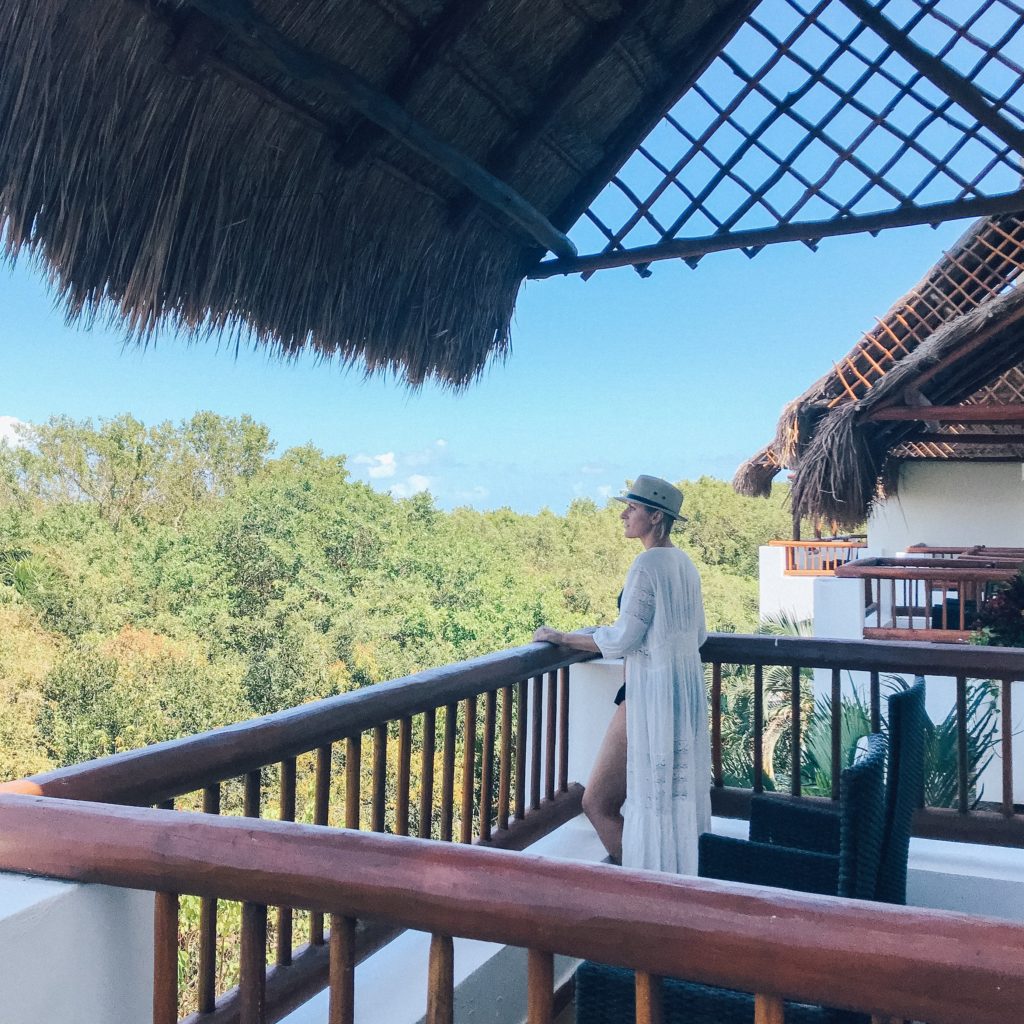 The whole beach experience was great. The beach itself and surrounding areas on the property were very clean and you could tell had been taken care of. The beach staff was also so awesome and very attentive. The only downside we experienced with the beach was that we wished there had been beach security of some sort because there were too many people walking up to us trying to sell stuff (hats, sunglasses, cigars, purses, etc). I also wish there were more chairs because they seemed to get snatched up quickly and people would leave their stuff on chairs and then walk off and hang out somewhere else. So maybe if not more chairs, someone enforcing people take their stuff with them or something like that. I will say, we always did end up finding chairs even if it was at the very end of the row.

The pools were beautiful and very well taken care of. Again, the only thing I’d recommend is more chairs around the pool. 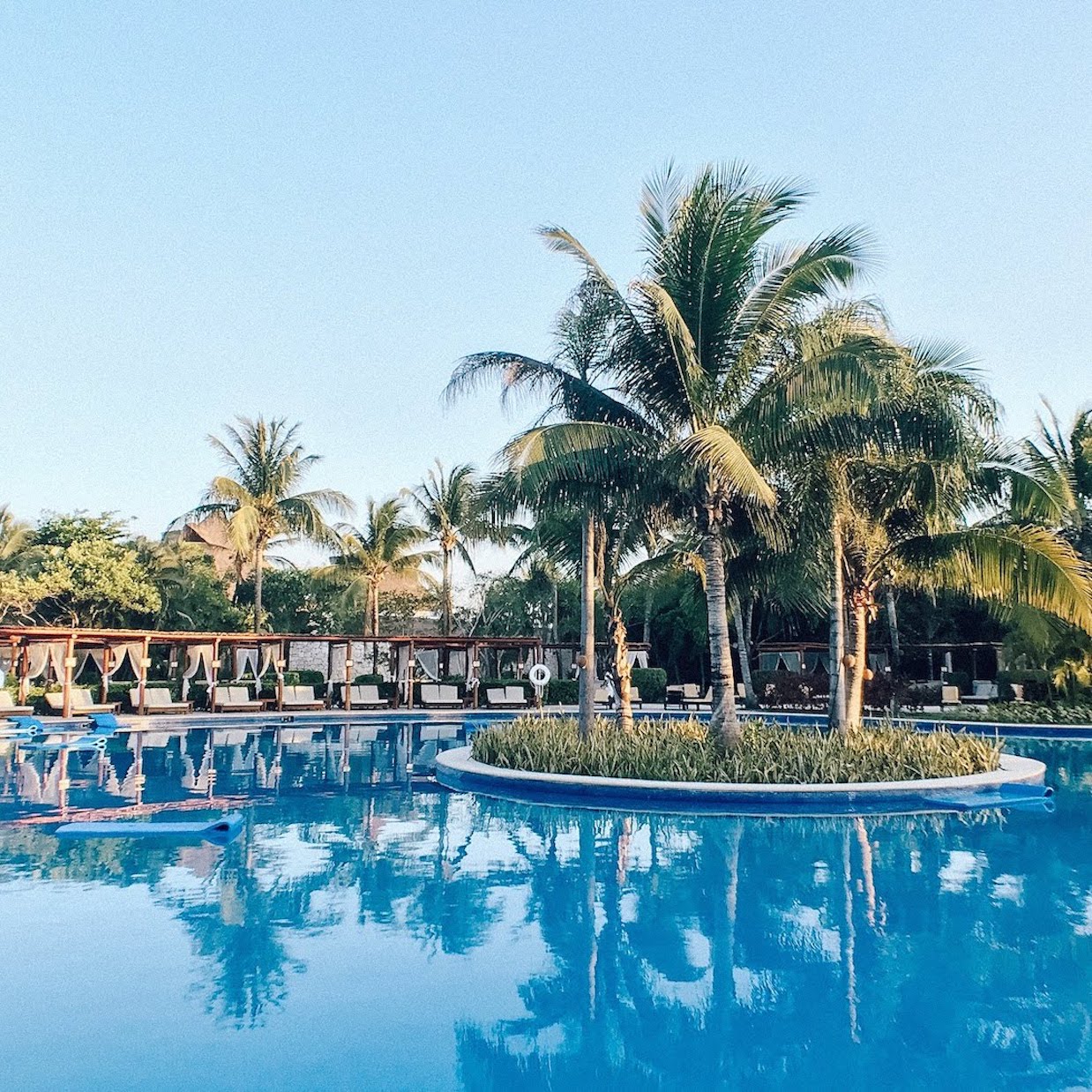 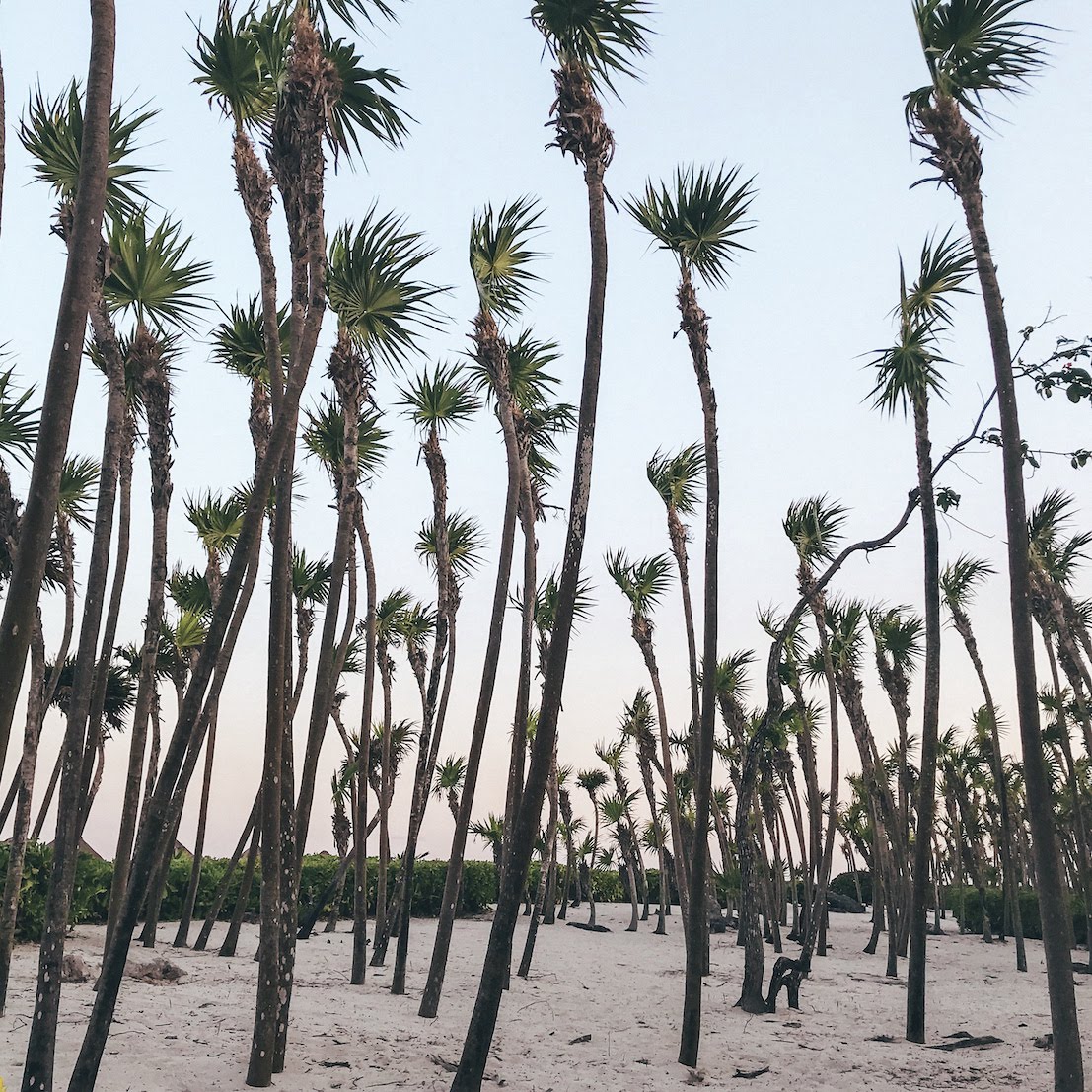 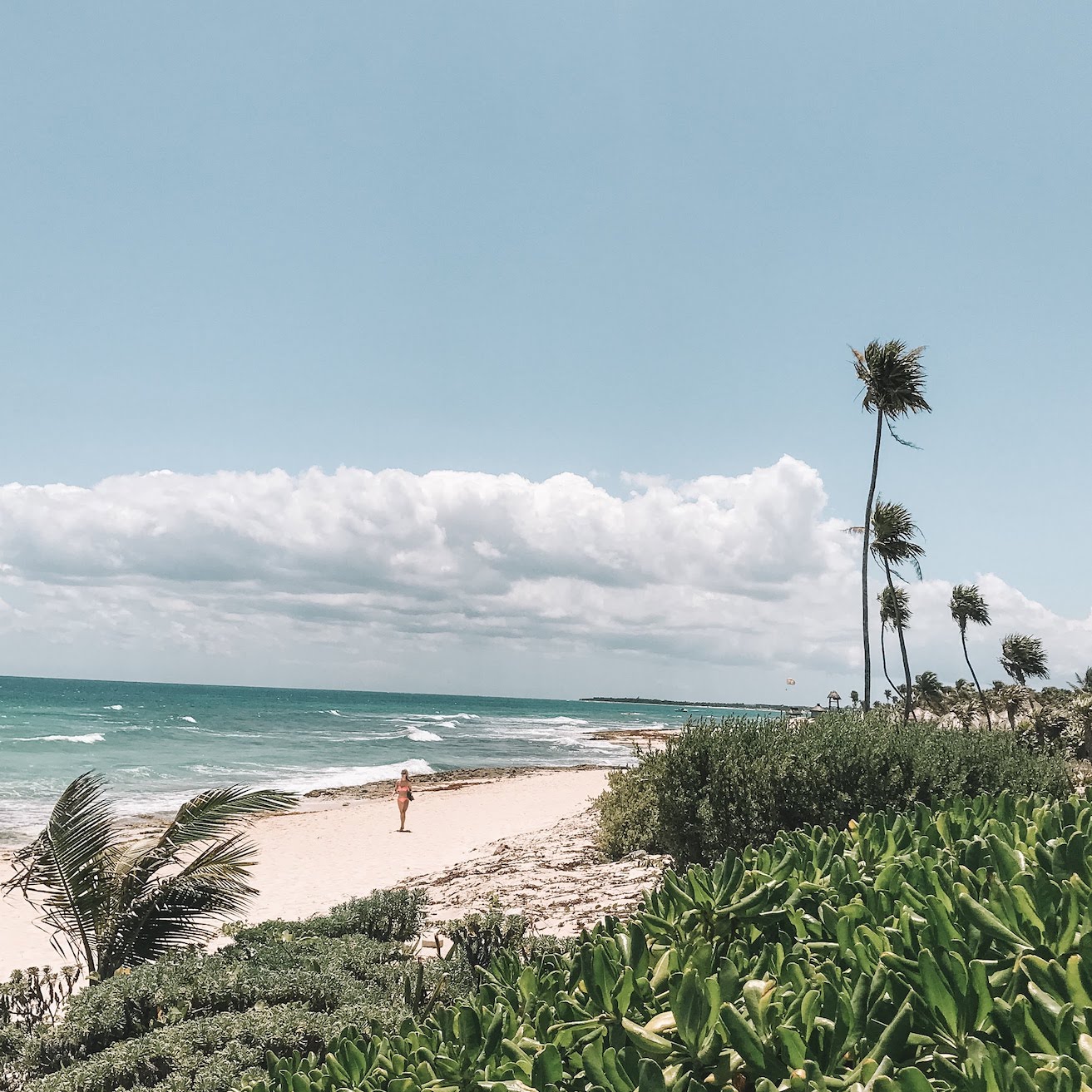 We only went to one show while we were there (the Michael Jackson one), but I’m so glad we did. The performers were incredible and it was an awesome show. I’d highly recommend going to a show or two while you’re there! 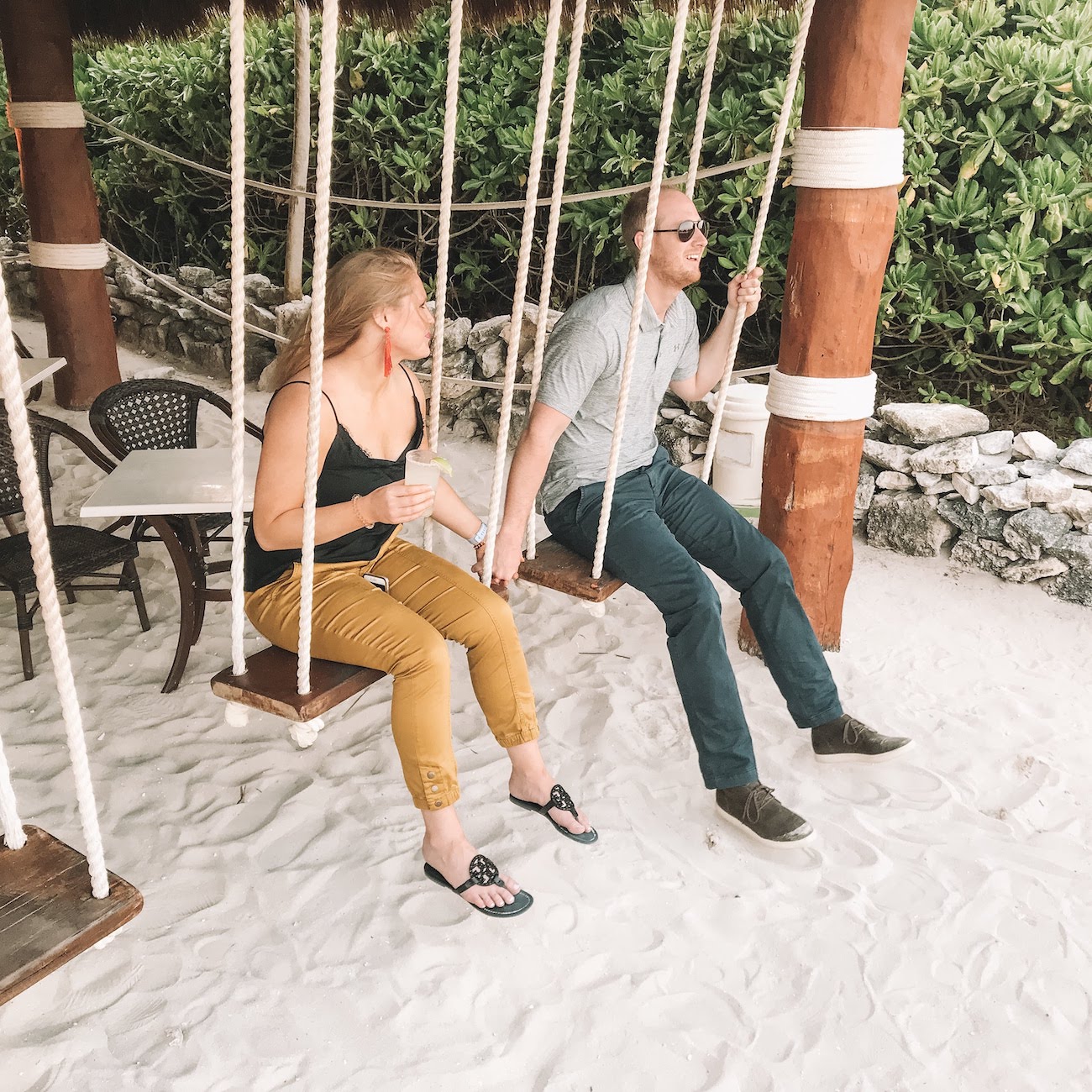 We had a blast while we were at Valentin Imperial! If you’ve been, do you have anything to add about your experience? 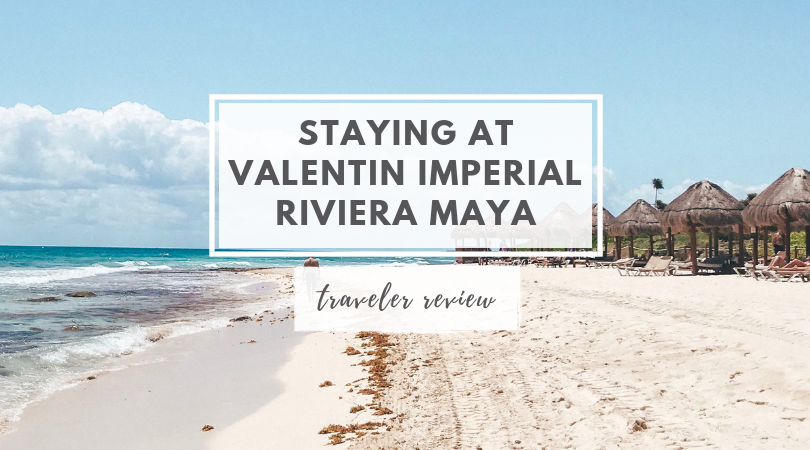